SAFE WATER FOR ALL

Between 2016 and 2019, with funding from the Hungarian government, Budapest Waterworks and their local partner, PT Artha Envirotama installed water treatment plants in 36 water-scarce locations across Indonesia. As a result, nearly half a million people have been provided with clean water on the islands of Sumatra, Java, Sulawesi and Flores. The project has made a significant contribution to achieving 100 percent access to safe drinking water, an important target of the Indonesian National Medium Term Development Plan (RPJMN) 2015-2019.

When I was elected three years ago, only 44 percent of the people in Trenggalek Regency had access to safe drinking water. Many villages consumed clean water for only six months a year, with the dry season months being the most problematic. Now, with our new water treatment plant installed, almost 80 percent of our community have access to clean and safe drinking water.
Mochamad Nur Arifin
Head of Trenggalek Regency, East Java 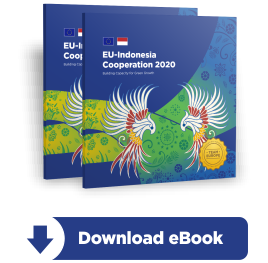